To Dorthe Stief Christensen, coordination of treatment and acknowledgement of patient input are key elements in the design of a better care for people who live with multiple chronic diseases.

When Dorthe Stief Christensen was 4, she was diagnosed with juvenile idiopathic arthritis, a systemic kind affecting not only her joints but also her organs and which made her suffer from high fever and infections for long periods of time. Then, during adulthood, other conditions emerged; she started having urinary tract infections and blood infections and in 2006, at 39 she experienced heart problems and was brought into hospital to have her heart arteries widened.

Dorthe has always been convinced that her kidney and heart conditions were somehow related to her arthritis and the medication she took, however, she has struggled to make the health system acknowledge the connections and look at her from a holistic point of view.

–  When I was diagnosed as a child, there was no talk about the future risks of other possible diseases or implications. My arthritis was treated separate from everything else and as I grew up and confronted my rheumatologists with the possible relationship between my arthritis and medication on one hand and my urinary tract infections, blood poisoning and later my heart problems on the other, they refuted the claims by saying there was no clinical evidence, Dorthe recalls.

As a consequence, new, unknown symptoms resulting from the co-occurrence and interaction of diseases and medication were not acknowledged.

– I have experienced situations where doctors ignored the serious symptoms that I had and did not react on the fact that multi-diagnosis or medication can add unknown symptoms to the single diagnose, she says.

Today, the connections between her arthritis and heart problems are scientifically proven, however, treatment is still not coordinated. Dorthe has seen many different and highly skilled doctors from rheumatologists, cardiologists, nephrologists, urologists to surgeons who have looked at and treated her conditions in insolation but who have never worked together even though she often tried to invite them to communicate. The lack of a holistic viewpoint, Dorthe believes is due to the culture and structure of the healthcare system which favours a silo-oriented approach.

– Doctors are used to working in silos where they specialise in one certain area and build their opinions based on the scientific evidence within this field of expertise. No one seems to speak the same language or take an overall, holistic position, leaving this part wholly to the patient, who in turn risks being ignored when trying to draw the whole picture, she says.

Dorthe acknowledges that she is responsible for her own health and care but then, she argues, her input must also be accepted as an equally important part of the treatment.

– After a whole life with a chronic disease, you know the reactions of your body very well and this should be taken seriously by the doctors, she argues.

Who should be the coordinator? 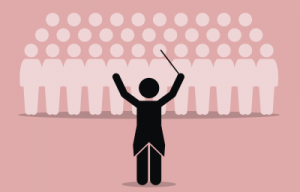 According to Dorthe, the patient should not solely carry the coordination burden, since it is a strenuous task for the patient who often feels left alone and because it also bears the risk of losing crucial knowledge.

– I always have to remember what to say when I am at one specialist, and what to say at another. So, every time I am having DEXA scanning of my bones in relation to my arthritis, I have to make them aware of my artificial hips. And when having an intravenous drip inserted at hospital, I have to remind the personnel to fetch an anesthetic doctor to do it since my veins are very sensitive and difficult. I have to remember that a certain type of antibiotics damages my kidneys and that I cannot have NSAID’s [Non-Steroidal Anti-Inflammatory Drugs] for the arthritis because of my heart problems. If all this information was available beforehand and pointed out clearly, I would not need to remember everything and especially in cases of emergency where I might not be able to provide such important information, common knowledge about me would save precious time and provide better care. Today, only information about allergies is registered and shared explicitly in the health system, she explains.

Dorthe also points out the benefit of efficiency from better coordination;

– If doctors had access to each other’s examinations, they and I would not have to start from scratch every time. If they could share more information about me, I would not have to do things double like today, when I have to go down twice for blood samples because it is for different doctors, even though they use the same readings – “now why could they not all have access to one blood sample?”, Dorthe wonders.

However, when it comes to who should coordinate treatment and medication, the answer is not as straightforward;

– My own doctor [General Practitioner – GP] is an option but I don’t use him much being a patient in the specialised world. My rheumatologists have followed me from my childhood and would be my obvious choice but they do not see it as their role to do this. Also, when I ask why they do not take my blood pressure as a preventive action, considering the relationship between some anti-inflammatory drugs and risk of heart problems, they say that the GP should do this, she says. 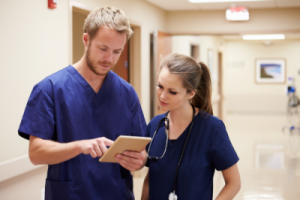 The way forward according to Dorthe is to create a more dynamic and personalised health system based on sharing more relevant information than is done today as well as designing care to be more flexible.

– It would be great if a common care plan could be made based on a system where there is access to more relevant data such a
s blood samples and possible drug interactions and to design a system that provides pop-up messages with notifications on what to be aware of in dealing with this individual patient. Also, the care plan should be flexible enough to counter for immediate needs, and not be bound on fixed consultation times and rigid contact procedures, she argues.

Today, Danish patients can log in and access information about their consultations and test results via a health portal, however, it is only final results that are shown and not partial results. In Dorthe’s case this means that she cannot see the x-rays leading up to the conclusion by the rheumatologist but only the conclusion itself. In her opinion, the patient can only be empowered if all results are visible, and if the patient can add information.

– Patients hold crucial information which should not only be listened to, but registered and passed on for the benefit of knowledge sharing. The patient should be able to add information in the system by writing comments about own experiences. In the case of several patients experiencing the same conditions or symptoms, these patterns could be detected and investigated sooner, rather than too late, she argues.

I do not google

Today Dorthe’s arthritis is not in an active state, meaning that there is no clinical sign of inflammation. She has to take medication for her heart and lives with a reduced kidney function due to chronic cystitis as well as endometriosis, which is, like her arthritis, an autoimmune disease. In many ways, Dorthe has become an expert in her own health, however, she prefers not to focus too much on her conditions but rather on leading a healthy life.

– I do not get too involved or google illnesses or symptoms but focus on exercise, necessary rest, proper food and dietary supplements and I have confidence in my doctors providing answers if there is something I am unsure about. Nevertheless, when I choose to participate in this interview it is because I want to emphasise the importance of coordination in our health system and a system which is customisable according to people’s individual needs and not vice versa, she concludes.